Legend of the Iguazu Falls tourism

The Iguazu Falls are one of the natural wonders that cannot be missed on earth.

In fact, it was recently named one of the new 7 Natural Wonders of the World.

No wonder people make it a point to visit when traveling to Brazil or Argentina.

History and Legend, the Iguazu Falls Tourism that never rests-

The story goes that the expedition led by Alvar Nuñez Cabeza de Vaca in 1542, was immersed in the jungle and suddenly they began to hear a strange sound… and with each step they took, it became louder and louder.

Between the few clearings that let the light peek through the lush vegetation, they could see nothing but white clouds… until suddenly they came across the majesty of the Iguazu Falls.

This is the same sensation you feel when approaching this wonder of humanity… I invite you to check it out!

The Falls, as we simply call them in Argentina, are not only a set of waterfalls, but this immense mass of water is surrounded by mystery, the red earth, the jungle, history and brotherhood.

A separate spectacle is its largest waterfall and, with 80 m, also the highest: the Devil’s Throat, which can be enjoyed in all its majesty from only 50 m, walking the walkways that start from Puerto Canoas, which can be reached using the ecological train service.

Legend of the Iguazu Falls

Legend has it that many years ago, the Iguazú River was inhabited by a huge and monstrous snake whose name was Boi. The Guarani Indians had to sacrifice a beautiful maiden once a year and give her to Boi, throwing her into the river.

All the Guarani tribes were invited to this ceremony, even those who lived farther away.

It was thus that one year a young cacique whose name was Tarobá arrived at the head of his tribe; who upon meeting the beautiful Indian maiden, who that year was consecrated to the sacrifice and whose name was Naipí, rebelled against the elders of the tribe and in vain tried to convince them not to sacrifice Naipí.

To save her he thought only of abducting her and the night before the sacrifice he loaded Naipi into his canoe and tried to escape down the river.

But Boi, who had learned of this, became furious and her fury was such that she bent her back and broke the course of the river forming the waterfalls, trapping Tarobá and Naipí.

She transformed him into the trees that we can see today at the top of the falls and the hair of the beautiful Naipí into the fall of the falls.

Then he submerged himself in the Devil’s Throat, and from there he watches that the lovers do not unite again… but, nevertheless, in days of full sun, the rainbow overcomes the power of Boi and unites them… 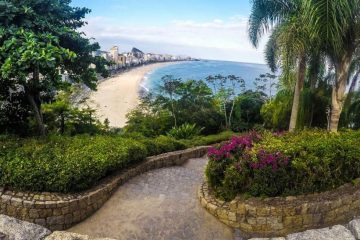 Praia do Leblon: What to Do in one of the Most Charming Neighborhoods in Rio de Janeiro Brazil

If you still don’t know Leblon, a neighborhood in Rio de Janeiro, pay attention. The Marvelous City boasts immeasurable beauty – you know that – but this neighborhood deserves a closer look. The region is Leer más… 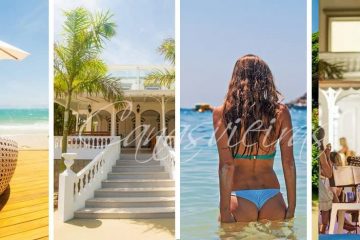 What to do in Canasvieiras Brazil | Hotels, Beaches and Parties

Canasvieiras beach, located in Florianópolis Santa Catarina, reinforces what everyone already knows: Nature has really dedicated more time to Santa Catarina! One of the most beautiful beaches in the region, Canasvieiras offers from the most Leer más…