Tourism Manaus-Amazonas | Complete Guide to the Lungs of the World

The so-called Paris of the Tropics, due to its intense modernization during the Amazonian rubber boom (a period of great economic and social growth in Brazil), Manaus is located in the heart of the Amazon rainforest.

In this article we bring you a complete guide on things to do in Manaus, Brazil Tourism. And remember, if you have any questions, don’t hesitate to write us!

The Capital of the Amazon

The city inherited, from the rubber boom, beautiful buildings, built with noble materials imported from Europe. The Amazonas Theater stands out, with a colorful dome of 36 thousand pieces of glazed ceramic. The capital of the state of Amazonas, Manaus Brazil, is the main metropolis of the region and the natural entrance for people who want to visit the forest.

Boats are the main means of transportation to the jungle hotels; to see the meeting of the waters between the Negro and Solimoes rivers; to swim with the Amazon River dolphins in Anavilhanas and to visit places like Praia da Lua.

What does Manaus mean?

The name of the city comes precisely from the tribe of the Manaós Indians, inhabitants of the banks of the Solimões and Negro rivers, whose population in the 16th century reached about 10,000 inhabitants.

Hotels and Map of Manaus Brazil

There are many tourist places in the Amazon, and to enjoy a better family vacation it is always convenient to have our hotel, cottage or accommodation booked. Here are some options.

What to do in Manaus

Tours on wide rivers or narrow igarapes also provide contact with the riverside communities and the opportunity to see the indigenous influence at its best.

A great feature is the local gastronomy and its exotic dishes. Tacaca is one of the most curious dishes, it is a variety of soup cooked with tucupi, dried shrimp, manioc gum and jambu leaves.

As for fish, the most famous are baked, stewed or fried tambaqui, matrinxa, jaraqui, tucunare and pirarucu.

For dessert, we recommend local fruits, such as açai, araça, cupuaçu, graviola, buriti and tapereba.

The delicacies can be found in many restaurants in the city, on Ponta Negra beach and even in the street stores.

How to get to Manaus Brazil

Port of Manaus Boat or Ferry

If you are already in the north of Brazil and you like adventures, you can get a boat in Belém for a five-day trip to Brazil Manaus. Consult specialized companies in your city or contact the Port of Manaus if you have any questions.

Manaus Brazil is well connected by bus lines. Check the lines in the city.

Cab and Rent Cars in Manaus

Getting to the main attractions in Manaus is always easier by cab. Check some companies in the city.

Tips of Interest to Visit Manaus

Visiting Amazon Brazil and its capital Manaus, it rains almost every day and, despite the rain, it is very hot, because the city is close to the equator.

Check the temperature in Manaus, wear light clothes and always bring an umbrella. Do not forget to wear a hat and sunscreen.

Weather Now in Manaus – map of the Amazon manaus in brazil 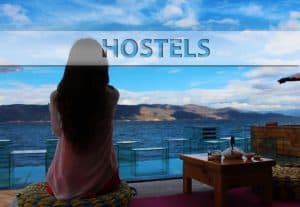 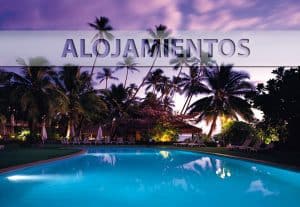 Distances from Brazil Manaus to:

Amazonas Manaus Today, as the capital of the state of Amazonas and a free trade zone, is the starting point for exploring the Amazon and its headwaters.

Its main tourist attractions, in addition to its colonial buildings, are the numerous options for ecotourism by boat and lodging in the nearby rainforests.

Covering more than 100 square kilometers, this «garden» is actually the largest urban forest in the world.

There is a network of five short trails (guides and closed shoes, two to three hours, free with admission) and an open-air museum that includes rotating exhibits of Amazonian flora and fauna and a spectacular 42-meter-high observation tower. It is busiest on weekends and free on Tuesdays.

Shortly after Manaus, the warm, dark Rio Negro flows into the cool, creamy Rio Solimões, but due to differences in temperature, velocity and density, their waters do not mix, but flow side by side for several kilometers. 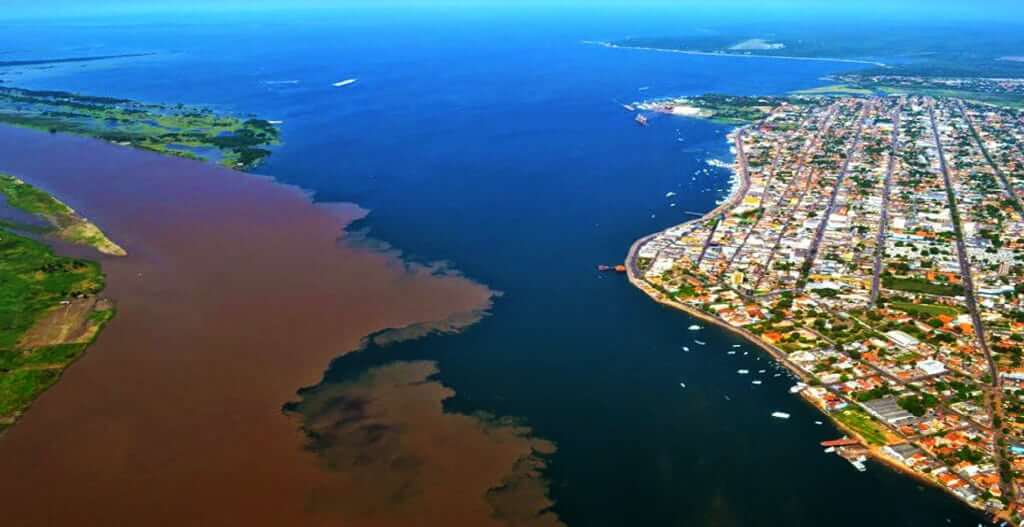 The bicolor phenomenon of the meeting of the waters occurs throughout the Amazon, but nowhere as dramatically as here.

Day trips always include a stop here, and many tour operators at least pass through on the way to their lodgings. It never disappoints.

This magnificent theater was built at the height of the rubber boom, using European designers, decorators and even raw materials. The original entrance was Brazilian, however, made of Amazonian rubber to soften the noise of late arriving carriages.

The theater’s programming includes an excellent opera festival in April and May. Hour-long guided tours offer an up-close look at the theater’s opulent construction.

Located on the grounds of a former rubber baron’s estate, this museum includes tours of the historic townhouse, a replica rubber hut and smokehouse, and a leafy trail showing how rubber trees are tapped.

It sounds sensational, but it’s intriguing. Consider combining it with a stop at Praia da Lua, the best Manaus Brazil beach. Boats to the museum (R$12, 25 minutes, via Praia da Lua) leave frequently from Marina Davi, just past the Tropical Hotel in Ponta Negra.

As close as you’ll get to experiencing a true Amazonian ecosystem on a half-day trip from Manaus, this 9,000-acre park has flooded forests, giant water lilies, large trees, fishing opportunities and a smattering of Amazonian wildlife.

It’s pretty tame compared to the real thing, with raised wooden walkways and even a restaurant, but it’s still a worthwhile introduction. 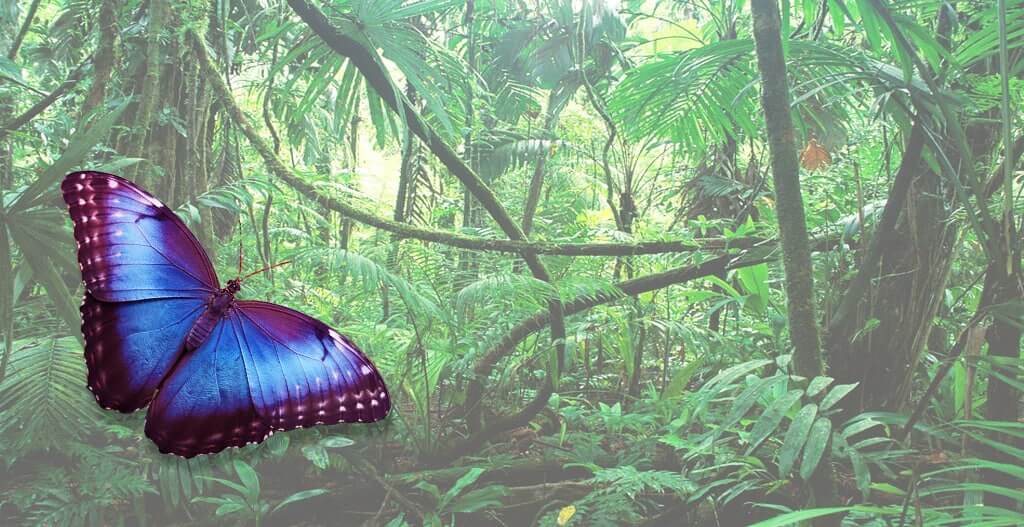 All Manaus tour operators can arrange visits here, often combining them with visits to Encontro das Águas and other nearby attractions.

Manaus’ best beach has fine white sand and tea-colored water, and can be combined with a visit to the Museu do Seringal for a pleasant city break.

Like all river beaches, Lua is largest when the water is low (September to December). Beach huts serve fish and beer at tables set up along the water.

Occupying a lush patch of forest within the city, Bosque da Ciência (also known as INPA, after the research institution that manages it) has enclosures for rescued manatees, giant otters and more. There are many smaller animals just wandering around, such as squirrel monkeys, sloths and anteaters.

The historic market of the city of Manaus was inaugurated in 1882, a scaled-down replica of the famous Les Halles market in Paris. Safe and bustling, the central building features mostly craft stores, with items ranging from predictable kitsch to high-end.

A side building houses a working fish market – visit early in the morning to see the wide variety of Amazonian fish on display. Great little places to eat everywhere.

In the Rio Negro, between Manaus and Novo Airão, there is an archipelago of 400 islands and islets, with hundreds of lakes, waterways and igapós (flooded forests) that extend for about 90 kilometers. 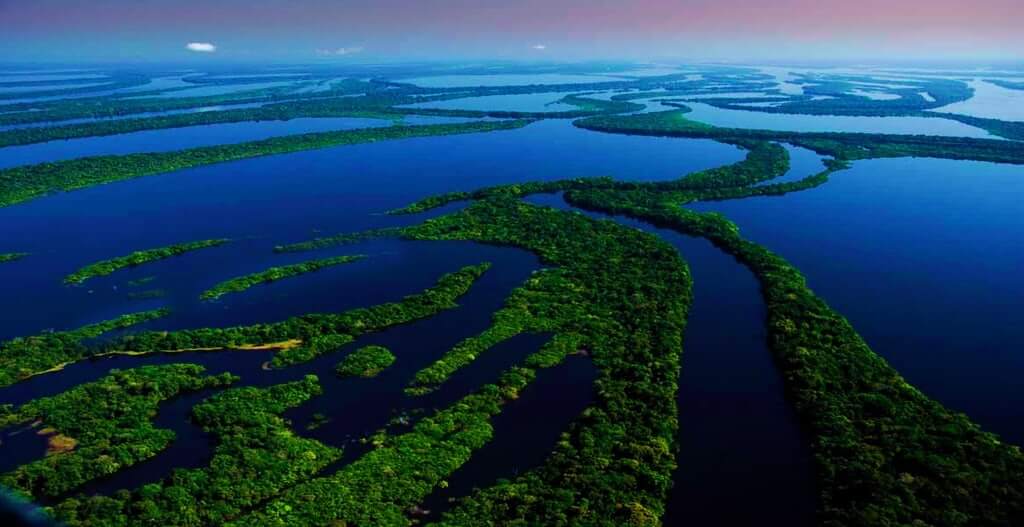 The Anavilhanas Nature Reserve, with an area of 350,000 hectares, offers a complete representative sample of the Amazonian ecosystem. When the river is high, between November and April, the islands are almost all flooded, and only about 180 of them emerge from the water.

During this period of high water, they are populated by squirrel monkeys; night monkeys; sloths; a variety of birds, including parrots, toucans, woodpeckers and herons; and by caimans, turtles and other reptiles and amphibians.

When the waters slowly recede and the islands resurface, the larger animals return, along with the maze of channels between the islands.