What to do in Maceió and Surroundings | Brazil, Beaches & Hotels

The most photogenic waterfront in the northeast is in Maceió. Most visitors, however, only see the urban beaches when leaving the hotel and returning in the late afternoon: to the north and south there are even more beautiful beaches, and with better bathing.

After a day of walking, Maceió welcomes you with the most varied collection of restaurants you will find in a capital of its size.

From native sururu to Peruvian food, Maceió’s table is as appetizing as its beaches.

When to go to Maceió Brazil

Reveillon in Maceió: New Year’s Eve is very busy, with at least two very productive mega-festivals. It is possible to buy tickets close to the day, at hotel outlets.

The best São João is in the historic town of Marechal Deodoro, 20 km south.

How to get to Maceió?

From other cities it is necessary to make the connection in one of these cities (in most cases, São Paulo or Salvador).

Maragogi is 130 km away, the trip takes between two hours and two and a half hours, due to the heavy traffic from Maceió to Paripueira and the curves of the mountains in the interior.

BR 101 connects Maceió to Aracaju (285 km south). Even after completing its duplication, the most beautiful road will still be the coastal AL 101 South, which allows entry into several. (To reach Sergipe, take the ferry from Penedo to Neópolis).

Where to stay in Maceió Br

The Pajuçara waterfront is the address of most of the hotels and apartments for season em Maceió and around the city – and trade aimed at tourists, including craft fairs. Booking Maceió:


The most interesting neighborhood is Maceió Ponta Verde, neighboring Pajuçara. There you will find the most beautiful beach and you will feel in a more residential and less touristic spot.

The other important hotel of the city is Jatiúca, where you will find the hotels with the largest structure.

The waterfront has tapioqueiras and even forró (but the sea is never in bathing conditions).

To stay on the beach outside the city, choose between the seaside resorts of Pratagi and Ipioca (20 and 30 km to the north) and the hotels of Barra de São Miguel (30 km to the south).

See a detailed dossier of beaches, hotels and restaurants in Maceió here.

What to do in Maceió Brazil?

Rent a car. But when you are lazy, take the beach in Ponta Verde, in tents like Lopana and Canoa.

If you go to the north coast (we recommend going to Hibiscus, in Ipioca), have lunch in one of the restaurants in Altos de Ipioca.

Returning from the south coast (Barra de São Miguel is the hottest), the obligatory stop is at the restaurants by the Massagüeira canal.

It may not be recommended to return to Maragogi: it is too much to do (Paripueira is closer).

The trip to the mouth of the São Francisco river is more comfortable when you sleep in Penedo.

Maceió, beach by beach (including hotels and restaurants)

Alagoas has the most beautiful coastline in the northeast. Numerous stretches of the coast are protected by reefs that make the sea calm.

The waters are usually blue or greenish, even in winter.

Loaded with traditional rafts leading to natural pools at low tide for decades, Pajuçara is the most popular beach in downtown Maceió.

As the city’s largest hotel structure is there, it is also the closest beach to most tourists.

Top Maceió tourism: if you stay in Pajuçara, invest in a ten minute walk along the avenue to stay in Ponta Verde, where there are two very good tents, Lopana and Kanoa.

The natural pool at Pajuçara has been robbed – it hasn’t been very clear in years. Only for those who like rafting.

After the beach: the Swedish Wisdom is a good kilo; the Bali, the best ice cream parlor in town.

Maceió what to do in Ponta Verde (Pajuçara side)

The most beautiful part of downtown Maceió is located in this corner of Ponta Verde between the pontal and Pajuçara. The coastal avenue is more landscaped and decorated with coconut trees.

The «upper» side of Ponta Verde has a more recent urbanization, and less landscaped, than the Pajuçara side.

The strip of sand is wider and low tide brings beautiful shades of baby blue and light green. The area is not as susceptible to sargasso as Jatiúca, but it can happen.

It is the newest neighborhood in the central edge; it was occupied later precisely because its beach is not protected by reefs, like the others.

In addition, it is susceptible to the appearance of sergeants. It is a good beach to escape the muvuca without leaving the city.

Before entering the water, however, make sure that the sea is appropriate; this is a stretch that is usually inappropriate even in summer.

Maceio beaches and Cruz do Alma

With waves and often cloudy sea, this beach on the northern edge of Maceió is of interest only to surfers.

Take advantage of the fact that you are already close to the exit and enjoy the northern beaches.

It is the first beach to the north and has many summer houses of good standard. The sea is not a swimming pool, but it is not dangerous either.

For a long time the Bar Brasil, a well structured tent, was a meeting point for people of all ages.

I haven’t been there in a while, I don’t know what it’s like. But I think Guaxuma is still a good option for those who want to get out of the city but not very……

Another of the beautiful beaches to see in Maceio, and in its 5 km of extension, hides some of the most beautiful coves of Alagoas. It even hides: the road passes relatively far from the coast, and it is difficult to access the beach.

There is a village by the sea, but it is confusing, with narrow dirt roads; entering it does not make the stranger feel comfortable.

Visit the beaches of Tabuba

The last beach before Barra de Santo Antônio, was recalled by Silvana Chamusca (from Vila Chamusca) in a comment box.

But I remember it was fairly easy to get to the shopping area, which used to be rustic. It can be a great alternative for weekends and holidays in Hibiscus.

It is the best known, and also the most crowded. Its fame began in the 80’s, when there was only a coconut tree and a small tent.

Today the entire stretch of beach in front of the reef-protected area is occupied by two-story tents.

The right side of the beach, of wild sea, is in an environmental protection zone, but still turned into a quad circuit.

With the activities in Maceió, at low tide, you can enjoy the tastiest sea bathing in Alagoas. The reef-protected stretch is long and forms a tank wide and deep enough for swimming, snorkeling and playing.

Another of the things to do in Maceió is to enjoy Gunga beach, which shares with the Galés de Maragogi the first place in the list of the most desired tours by tourists who buy packages to Maceió.

The fame is justified: the Gunga is in a point dominated by an immense grove of coconut trees; one side is bathed by the mouth of Lagoa do Retiro; the other is in the open sea.

The property is private and access is controlled. Nearby there are natural pools that form at low tide.

In addition to the beaches of Maceió Brasil, the Marapé Dunes (formerly called Duas Barras) are a stretch of beach that can only be reached by crossing the Jequiá River by boat.

The crossing costs R$ 35 and serves as a ticket to the receptive tourism structure and entitles you to lunch (buffet) at the restaurant. There are buggy and quad rides on site.

Most tourists arrive in the operators’ buses or in vans that they bring on their own.

The joke: not every day they are open. Catch number 2: the place has no website.

But the tour agents who approach tourists at Pajuçara beach always know the days of operation in each season. Those who enjoy rustic beaches without traces of organized tourism can be found on the beaches of the southern tip of Alagoas.

Because of the distance, I don’t think it’s appropriate to go back (facing 85 km after the beach to return, with so many beautiful beaches near Maceió, that’s a dose), but they are useful on a trip between Alagoas and Sergipe – and also form a dedicated mini-trip to Foz do São Francisco and the historic town of Penedo.

Pontal do Peba is a hard sand beach, located just before the dunes that mark the mouth of the São Francisco River.

It is not a beautiful beach, but the constant winds bring windcar (sailboat) riders. If this is not your case, pass by.

What to do in Maceió at night

3 Thematic pubs in Maceió that you must visit

The pub was founded by an Argentine family who came to live in Brazil, and operates where there used to be a house, so it already brings that atmosphere of «chatting and drinking in the courtyard of a friend’s house».

It has a simple decoration, with a Latin touch, sprinkled with Latin music, and all this composition makes it very nice and cozy.

Like the other two pubs mentioned above, Lorde is also a «newborn», but with a proposal a little different from those presented by the other places, although they are similar in parts.

It is an environment to gather friends and really immerse yourself in the universe of your favorite series, with very good music and a pleasant atmosphere.

The Pub is very cozy, has low light, the decor is composed of several environments, where each one honors a specific series.

What is the best beach in Maceió?

Where is the best beach to stay in Maceió?

Where to stay in Maceió

Together, the districts of Pajuçara, Ponta Verde and Jatiúca gather most of the hotels and inns of the capital of Alagoas …

In Pajuçara, a great neighborhood to stay and that always has movement on the beach, there is the Handicraft Fair and the departure of the rafts to the natural pools of Pajuçara.

Where to go in Maceió when it rains?

What to do in Maceió when it rains: excursions, bars and restaurants

Start the day with a good breakfast. …
Taste the best sun-dried meat in Maceió …
The best shrimp dumpling in Maceió …
Tour the architecture of the Maceió Cathedral …
Visit the Pajuçara Handicraft Fair …
Enjoy the nightlife of Maceió

Maceió weather in May

Weather in Maceió – jardim da saúde, Maceió – Alagoas, Brazil: The weather is firmest between September and March. The most rainy months are May and June.

The sea is beautiful all year round, but becomes clearer in the last and first months of the year. What to do in Praia dos Ingleses Florianopolis SC Brazil

Everyone already knows that Florianópolis is the most sought after seaside destination in the southern region of Brazil. During the summer, tourists from all corners of the world flock to the capital of Santa Catarina Leer más… 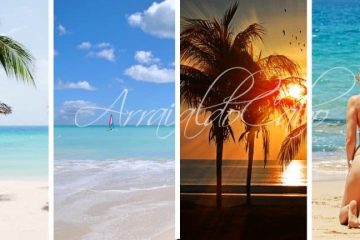 What to do in Arraial do Cabo Brazil | Where to Stay, Beaches and How to Get There

Year-round sunshine, turquoise blue water, breathtaking scenery and affordable prices. These are just some of the reasons why Arraial is one of the most popular beach destinations in the state of Rio! If you are Leer más…